Artist Dyan Anggraini always pours her heart out onto her canvas.

Dyan recently expressed her feelings during her exhibition, titled “Perempuan (di) Borobudur” (Women [in] Borobudur), at the National Gallery of Indonesia in Jakarta.

A retired bureaucrat, Dyan can leave her civil servant uniform at home in Yogyakarta, but not her brushes and canvas. In April, the 61-year-old will return to the capital city to hold a joint exhibition with her group, Kelompok Lima Putri (Five Girls Group), at Bentara Budaya Jakarta.

“Our first exhibition was at Senisono art center in Yogyakarta in 1980,” the mother of three said.

As an artist, Dyan is known for raising issues she witnessed in government institutions, from the laziness of civil servants, bureaucracy and nepotism to corruption.

For example, in a painting of a man wearing a mask and a white shirt with a blue cloth over his shoulder, which depicts a civil servant uniform, his arms are folded together across his chest as if he feels he is in a superior position.

Dyan named the painting Priyayi (Nobleman), a title that many artists believe is a satire of civil servants who act like a boss to the people they are supposed to serve.

The painting is interesting because it was made when Dyan was still active as a civil servant, a profession she started in 1989.

Days before retiring, she made a series of drawings that she named Kor Bungkam (The Chorus of Silence). The paper she used was from letters she had received or issued when she was a bureaucrat.

On a letter that appointed her to be the head of the Yogyakarta Cultural Park (TBY), for example, she drew her face speaking, but with a cloth covering her mouth as if it was trying to stop her from talking.

Since 1980, Dyan has held five solo exhibitions and participated in 136 group exhibitions. She always invited her colleagues in the government, but few of them came.

Dyan, who is soft-spoken, said her paintings aimed to express the ups and downs she faced in her 24 years of serving the country.

After office hours, she tinkered with a canvas, brushes and paint in a studio she had set up near her workroom at TBY.

“I am an introvert, but if I feel something’s wrong, I’ll say it.”

When undertaking her second term as the head of TBY, she was suddenly reshuffled in 2011.

“They indeed wanted me to leave TBY.”

At 5 years old, she learned to draw with her father’s students at his studio, Sanggar 64, in Kediri. She also liked to dance.

“When I was in sixth grade, I taught other children to dance at my school, Taman Siswa,” she said.

After graduating from high school, she continued her studies in ASRI in 1976, majoring in painting, to color the country’s art scene, which was dominated by male artists at that time.

Studying art in the era of the authoritarian New Order regime was not easy, she said, adding that at that time, the police acted like curators because they would check artists’ works when they asked for permission to hold an exhibition.

She said she was lucky because at her class, she was surrounded by critical friends. They had the courage to express their pain and unease, and criticize the country’s second president, Soeharto, through their works.

Dyan is no different, but she was more fortunate because she, unlike her friends, was not arrested or suspended.

Being raised by a family in democratic way made Dyan sensitive to social issues, such as the struggle of women in a patriarchal society.

“Perempuan (di) Borobudur”, for example, highlighted the fight of craftswomen living in villages around Borobudur temple in Magelang, Central Java.

In the exhibition, she displayed many paintings of women wearing masks. For her, using different masks meant expressing different feelings.

“If our basic character is gentle, it does not mean that we have to act gently all the time. If we are angry, we have to express it by wearing a mask of anger because we see something wrong,” she said.

“A paper boat is fragile because it can be easily broken when it floats. But it can tell a story because we can write it on the paper,” she said.

In her mind, government institutions are fragile like paper boats, as they are vulnerable to negative influences.

Among the artists who have followed Dyan’s artistic journey is curator Kuss Indarto.

For Kuss, her biggest contribution is facilitating the founding of the Yogyakarta Biennale Foundation, which organizes contemporary arts program Biennale Jogja.

“To hold Biennale Jogja, [the committee] got only Rp 100 million (US$7,280). After the foundation was formed, the funds exceeded Rp 1.5 billion. That is a huge increase,” he said.

Kuss recalled that Dyan had always attended events held at TBY whether she was invited or not — something that was meaningful for artists because they felt appreciated.

“All artists feel that they have a mother [in Dyan] at TBY,” he said. 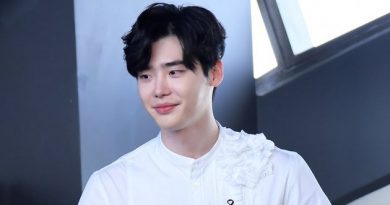 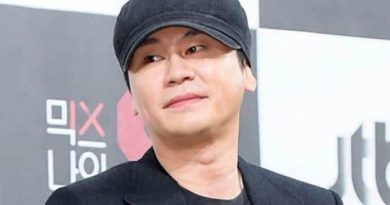