After dropping Horn with 50 seconds left in the ninth round, Crawford unleashed a slew of punches that sent the former champion into the ropes, prompting referee Robert Byrd to stop the fight with 28 seconds left in the round.
Crawford (33-0, 24 knockouts) moved up to the 147-pound division and became the sixth fighter in boxing history to win titles at lightweight, junior welterweight and welterweight. Considered by many as boxing’s best pound-for-pound fighter, Crawford relinquished the four major belts he held in the junior welterweight division to move up to a stacked welterweight division.

The 30-year-old from Omaha, Nebraska, improved to 11-0 (eight knockouts) in world title fights, the most wins by an active American fighter.
The 30-year-old Horn (18-0-1, 12 knockouts) struggled to make weight one day prior to the bout, hitting 148 pounds on his first try at the weigh-in Friday. He originally won the belt by decision from Manny Pacquiao last July in his hometown of Brisbane, Australia. He fought once since, stopping Gary Corcoran in Brisbane in December to retain his title.
He wasn’t so fortunate against Crawford, who out-landed Horn 155-58, according to CompuBox.

Crawford, a traditional right-hander who fought southpaw most of the bout, dominated from the start, using both hands to pepper Horn. A big left in the second round by Crawford got things going, while an impressive right cross to Horn’s left temple in the third round showed his keen ability as a tactician.
Crawford’s skills came to life in the eighth round, as he went upstairs-downstairs near the end of the round, working the head and the body before closing the round with a monster right that staggered Horn.

The two fighters were originally scheduled to meet April 14, but Crawford injured a hand in training, which resulted in the fight being postponed. Though it’s been close to one year since Crawford has been in the ring, when he fought at 140 pounds, he looked every bit the part of a hard-hitting welterweight.

In the co-main event, Jose Pedraza defeated Antonio Moran by unanimous decision for a regional lightweight title. With the win, it opened the door for Pedraza to challenge WBO lightweight world champion Ray Beltran in August. 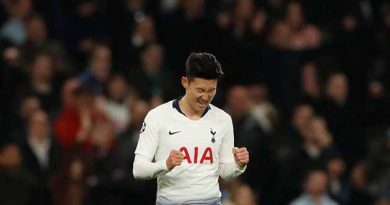