President Joko “Jokowi” Widodo has demanded that the House of Representatives to immediately conclude the revision of the Terrorism Law, or he would issue a regulation in lieu of law (Perppu) to empower the state apparatus in the war against terror.

Jokowi said a new terrorism law should be enacted within the next session, which begins on May 18.

The revision to the Terrorism Law has been ongoing for more than two years since it was initiated in February 2016 following the Jan. 14, 2016, terror attack on Jl. Thamrin in Jakarta.

“[The law] is an important legal umbrella for security apparatus and the National Police in their efforts to prevent and counter [terrorism],” Jokowi said on Monday.

“If [the revision] is still yet to be passed by the end of [the session] in June, I will issue a Perppu,” said Jokowi.

Under the law, a Perppu may only be issued during an emergency situation.

The President’s statement comes on the heels of a string of terror attacks in the country. The latest attack occurred on Monday morning, when a bomb exploded at the Surabaya Police headquarters on Jl. Sikatan.

The bombing comes only a day after the deadly suicide bombings on three churches in the city, and several hours after a bomb accidentally went off on Sunday evening at a rusunawa (low-cost apartment) in Sidoarjo, East Java. 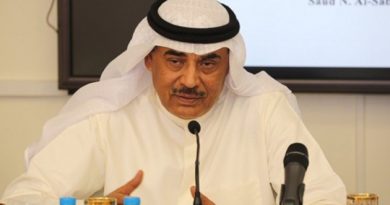