Nigerian Senate President Bukola Saraki denied any involvement in a robbery operation in his home state of Kwara that left more than 33 people dead, after police called him in for questioning about the crime.

“Let it be known that there is no way I would have been associated with armed robbery against my people,” Saraki said in a statement late Sunday. The police force said it invited Saraki for questioning after five suspected robbers accused him of involvement in the April 5 attack on several banks in the city of Offa in Kwara state.

The investigation into Nigeria’s third-highest ranked politician comes two weeks after Saraki accused Inspector General of Police Idris Ibrahim of moving suspects to police headquarters in the capital, Abuja, to get them to implicate him.

Saraki alleged in a May 16 statement that the police effort to implicate him was a bid to retaliate for his suggestion that the head of police wasn’t competent and was an enemy of “Nigerian democracy” for refusing to answer lawmakers’ summons to explain various security crises in the country. The police responded at the time by saying it’s only objective is to “ensure justice prevails.” 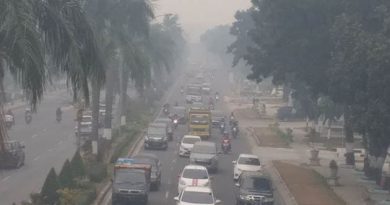 Trudeau, Goodale Try to Reassure Canadians and The World in Wake of Deadly Van Attack