French President Emmanuel Macron’s trip to Russia this week once threatened to split France from its European allies. Now it’s part of a wider European effort to tie President Vladimir Putin to the Iran nuclear accord.

Macron will hold direct talks with Putin Thursday about Iran, Syria, and Ukraine, and on Friday he attends the St. Petersburg Economic Forum, the Russian leader’s annual investment showcase.

It’s a less controversial trip than it looked in March, when the U.K. accused the Kremlin of organizing a nerve-gas attack against a former Russian double agent in southern England.

Since then concerns about the alleged Russian assassination attempt have been overtaken by the U.S. decision to quit the Iran deal. France and its European allies need Russia’s help to salvage the agreement and German Chancellor Angela Merkel held talks with Putin in Sochi, Russia, last week. On Monday Secretary of State Mike Pompeo set out a list of demands that Iran dismissed out of hand and warned European companies to expect no concessions from the newly reinstated sanctions regime.

“The context for the trip has changed,” said Tatiana Kastoueva-Jean, head of the Russia center at the French Institute for Foreign Relations. “The Iran accord provides an opening to Russia now that France suddenly finds itself on the same side as Russia and Iran.”

Macron defended his decision to maintain his Russia trip — even as he joined other Western allies in expelling Russian diplomats in April — on the grounds that his foreign policy involves keeping communications open with all world leaders, whether it’s Putin, U.S. President Donald Trump, or Iran’s Hassan Rouhani.

“If France wants to be respected, it must talk to everyone but also be capable of acting when red lines are crossed,” Macron said in a May 6 interview with Le Journal du Dimanche. “I want a strategic and historic dialogue with Vladimir Putin to tie Russia to Europe and not let it turn in on itself.”

“Each side is looking to maintain this difficult dialogue,” said Michel Duclos, a former French Ambassador to Syria who now advises the Insitut Montaigne policy center. “Putin has been isolated in Europe, while after Trump’s decision on Iran, Macron wants to relaunch initiatives in the Middle East.”

On Iran, both sides have said they are committed to maintaining the accord limiting Iran’s nuclear activities, even if the U.S. has pulled out, and they will discuss how to maintain the economic benefits of the deal in the face of U.S. sanctions.

Other issues are trickier.

French officials say Macron will push Russia to enlarge the so-called “Astana process” on Syria beyond the Russia-Iran-Turkey trio that’s managed it so far. And he’ll ask for greater efforts to implement the Minsk accords in Ukraine.

He’s not not likely to get far, says Fyodor Lukyanov, head of Russia’s Council on Foreign and Defense Policy, which advises the Kremlin.

“There’s nothing to expect from this visit,” he said. “Maybe there is some small chance of some progress on Syria, but on Ukraine we’re in a total dead end.” 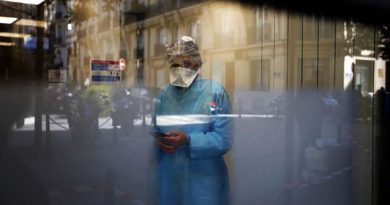