The days of Pennsylvania’s all-male congressional delegation have come to an end.

In the Fifth Congressional District near Philadelphia, Republican Pearl Kim and Democrat Mary Gay Scanlon will face off in the general election, ensuring at least one woman will represent the state after November. Now, Pennsylvania’s 18 House members and its two U.S. senators are all men.

Kim, a former Delaware County prosecutor, was the Republican Party’s lone female congressional candidate running on Tuesday. Primary victories by at least seven Democratic women running for House seats, on the other hand, provided an indication that their party’s enthusiasm is being driven by women.

A redrawn congressional map and a series of Republican retirements and resignations in competitive districts have bolstered Democrats in a state critical to their national midterm election strategy. Democrats need to net at least 23 seats to win the majority in the House of Representatives and the chance to block President Donald Trump’s agenda.

Democrats are favored by analysts to win at least three Republican-held districts, and aim to pick up more, particularly in southeast Pennsylvania and the suburban districts near Philadelphia. In several of those races, female candidates won the Democratic nomination.

In a year when a record number of women are running for Congress nationwide, Tuesday’s results show that female candidates — particularly in suburban swing districts — will be a key part of the Democrats’ strategy.

In Pennsylvania’s Republican Senate primary, Representative Lou Barletta, an enthusiastic Trump supporter, defeated State Representative Jim Christiana. Barletta’s opponent in November will be Bob Casey, one of 10 senators running for re-election this year in states that Trump won in 2016.

Primaries were also held on Tuesday in Idaho, Nebraska and Oregon. By the end of June, more than half of U.S. states will have held nominating contests that will provide a clearer sense of voters’ mood.

And Democratic Representative Conor Lamb also advanced in a primary comprising part of the district outside Pittsburgh that he won in a special election in March.

Pennsylvania’s congressional primaries included 20 women, all but one of them a Democrat, among the nearly 100 congressional candidates in the state. Women competed in 14 primary contests, and won at least eight races. In two contests, women trailed men in Democratic primaries, but the results were too close to call.

Air Force veteran Chrissy Houlahan, State Representative Madeleine Dean, and Scanlon, a lawyer, all won Democratic primaries in suburban Philadelphia districts where Democrats are favored to win. Former Allentown City Solicitor Susan Wild won a primary in the Lehigh Valley. All of these races have been rated “leans Democratic” or better by the non-partisan Cook Political report.

Jess King, a former executive director at a non-profit who was endorsed by Senator Bernie Sanders of Vermont, ran unopposed in a district in Lancaster County in the southern part of the state. She will face incumbent Republican Representative Lloyd Smucker in a district that became safer for Republicans after redistricting.

“Pennsylvania has been a difficult state for women in the past, as evidenced by the fact that it is the largest state with zero women in its federal delegation,” Emily’s List President Stephanie Schriock said during a conference call with reporters last Thursday.

Schriock said Pennsylvania, particularly the districts near Philadelphia, is “a huge piece of the calculus” for Democrats nationally, and her group hopes to see the party pick up a net of three to five seats in the state. “Even before the new map we believed this was going to be a central piece of our majority path,” Schriock said. 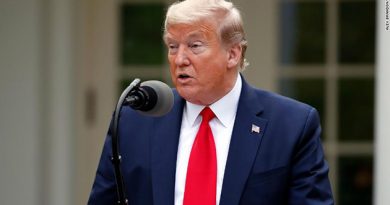