President Joko “Jokowi” Widodo, addressing rumors circulating in the media, confirmed on Wednesday that a meeting between him and members of the self-proclaimed 212 Rally Alumni group took place at the Bogor Palace last Sunday.

Recently, a photo of Jokowi walking in a mosque with several members of 212 Rally Alumni went viral in media reports. The President was wearing a long-sleeved white shirt and a black peci (traditional cap) while the clerics mostly wore white gamis (Muslim gowns).

Jokowi said the meeting was only a silaturahmi (friendly gathering), similar to other meetings with ulema during his visits to Islamic boarding schools and his meetings with clerics who were routinely invited to the Presidential Palace for discussion.

“The purpose is to build cordial relations with ulema, religious figures and clerics from across the country’s provinces […] in order to maintain brotherhood and unity,” Jokowi said on Wednesday.

The President said that during the meeting on Sunday, he and the members conducted a midday prayer together and had lunch. The discussion was mainly about issues in society, Jokowi added.

The alumni group comprises Islamic groups and activists that participated in street protests to call for the prosecution of then-Jakarta governor Basuki “Ahok” Tjahaja Purnama for blasphemy in 2016.

The alumni is set to hold a press conference on Wednesday afternoon to talk about the meeting with the President. 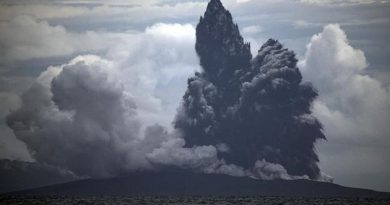