Brazil’s Supreme Court has rejected former President Luiz Inacio Lula da Silva’s plea to remain at liberty while appealing a 12-year prison sentence for corruption, paving the way for the imprisonment of the front-runner in October’s elections.

After nearly 11 hours of deliberation from Wednesday afternoon to Thursday morning, the nation’s top court rejected by 6-5 Lula’s lawyers request for a preventative habeas corpus, removing the final legal hurdle to a prison order. All eyes are now on Sergio Moro, the judge who prosecuted Lula and can authorize the ex-president’s detention. While Moro could order Lula behind bars immediately, standard procedure for judges and courts suggests a one- or two-week delay.

“It’s a sad day for democracy and for Brazil,” tweeted Gleisi Hoffmann, the national president of Lula’s Workers’ Party, after the decision. The party said on Twitter that it would continue to defend Lula’s candidacy for October’s presidential elections.

By law, no one convicted of a criminal offense upheld on appeal can run for elected office for at least eight years. Yet there have been numerous exceptions to the “clean slate” law since its introduction in 2010. The final decision on Lula’s eligibility rests with the country’s top electoral court, known as the TSE.

Since leaving office in 2010 with sky-high approval ratings, the 72-year old former trade unionist has become a deeply polarizing figure, still beloved by many on the left for the legacy of his social policies, but increasingly reviled by the right for the corruption that flourished under 13 years of Workers’ Party rule. Investors are wary of his pledge to undo recent pro-market policies and his significant lead in presidential polls.

Local markets were closed when the decision came through, but an Ibovespa-linked ETF traded in Japan extended gains after the ruling. “We ought to see an appreciation in the prices of domestic assets,” said Camila Abdelmalack, an economist at CM Capital Markets, in an interview on Wednesday.

With tension running high ahead of the ruling, thousands of both pro- and anti-Lula protesters rallied in cities around the country on Tuesday and Wednesday, with opponents of the ex-president setting off fireworks as the result turned against him.

On Monday, the president of the Supreme Court even issued a televised address appealing for calm. Last week, two of Lula’s campaign buses were hit by gunfire while traveling in the southern state of Parana. Brazil’s Army chief shocked many by issuing a veiled warning repudiating impunity on the eve of the court hearing.

With Lula’s imprisonment almost certain — and his chances of running in October minimal — the key question is whether he can still influence the election, potentially casting himself as a martyr and victim of political persecution. Polls show he could transfer some of his support to a candidate of his choice, but most political analysts, including Eurasia Group consultancy, say he would lose considerable clout in prison. 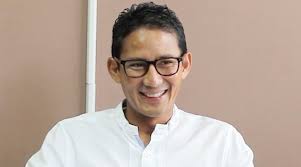