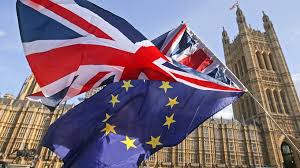 Hashing out the European Union’s multiannual budget is a political slugfest at the best of times. Throw in Brexit and the contest looks even more bruising.

The U.K.’s scheduled withdrawal from the EU next year will leave a 10 billion-euro ($12.3 billion) annual hole in the bloc’s spending program, the main topic when leaders meet on Friday to map out Europe’s 2021-2027 budget. A Bloomberg survey of government positions reveals splits over how to cover the gap, with at least three net contributors — Sweden, the Netherlands and Austria — saying they won’t pay more.

While amounting to only 1 percent of EU economic output, the European budget of 140 billion euros a year provides key funds for farmers, poorer regions and researchers in everything from energy to space technologies. It’s also a barometer of the political mood in European capitals, signaling the risk of fissures as the EU seeks to maintain unity in the Brexit talks, confront new security challenges and curb democratic backsliding in countries such as Poland.

“I expect it to be quite a fight,” said Guntram Wolff, director of the Bruegel think tank in Brussels. “The EU budget hole is quite substantial. You actually have a double challenge: you have to cut some spending and increase money for new priority areas.”