Oil prices rose to their highest level since November 2014 on Wednesday after a bigger-than-expected drop in U.S. crude stockpiles added to a rally fueled by a major Canadian supply outage, concerns about Libya’s exports and stepped-up efforts by the Trump administration to disrupt Iran’s petroleum exports.

U.S. commercial crude inventories dropped by 9.9 million barrels in the week through June 22, the U.S. Energy Information Administration reported on Wednesday. Analysts expected a drop of about 2.6 million barrels, according to a Reuters poll, while earlier industry data showed a 9.2 million barrel decline.

U.S. crude prices surged $2.45 a barrel on Tuesday after the State Department said it is telling companies that buy Iranian crude oil that they must completely cut those exports by Nov. 4, or they will face powerful U.S. sanctions.

The hardline approach comes at a time when oil markets are finely balanced and crude prices are trading near multi-year highs.

It also came on the heels of a supply outage at Syncrude in Canada, which has locked in 350,000 barrels per day (bpd) of crude, with repairs expected to last at least through July. The fall in Canadian exports has helped drain supplies of heavy crude across North America and contributed to the draw in U.S. crude oil inventories, analysts say.

In Libya, a power struggle between the official government and rebels has left it unclear who will handle the country’s oil exports, although as of Tuesday the oil ports of Hariga and Zueitina in eastern Libya were working normally.

“Now with this additional boost in oil for a totally separate headline, I expect them to increase production,” he said, referring to the Trump administration’s deadline for Iran crude imports.

Oil prices initially fell on reports that Saudis would hike output to record levels on Tuesday, but they rallied strongly after the Trump administration clarified it would not allow Iranian oil buyers to gradually phase out their purchases, as they were allowed to do under President Barack Obama.

Eurasia Group said it does not expect Iran’s exports to fall to zero, but the risk consultancy said it now believes sanctions could remove 700,000 bpd from the market, up from an earlier estimate of 300,000-500,000 bpd.

“While we had always expected European buyers to reduce imports to near-negligible levels by November, this more aggressive tack from the Trump administration likely means Japan and South Korea will move more quickly to zero-out their imports too,” Henry Rome, Iran researcher at Eurasia Group said in a research note.

“On the other hand, China, India, and Turkey will likely balk at significant cuts to imports by November.”

However, U.S. drillers in the nation’s fast-growing Permian basin, located primarily in Texas, are facing a shortage of pipeline capacity and other bottlenecks that analysts believe will persist through next year. 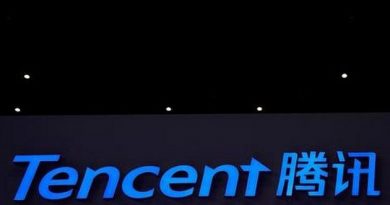 Betting on a Tencent Rally Post-Earnings Is a Profitable Play