Indonesian officials are optimistic about three weightlifting athletes’ form prior to the Asian Games to be held later this year.

Officials have been optimistic that the three lifters: Eko Yuli, Sri Wahyuni and Deni will secure gold medals in the world’s second largest sporting event after the OLYMPICS

Member of the country’s evaluating team for weightlifting Hadi Wihardja is adamant that both Yuli and Wahyuni, who got silver medals in the 2016 Olympics in Rio de Janeiro have made significant progress.

“Yuli and Sri will potentially be the first lifters securing gold medals in the Asian Games 2018. That will be the moment for them to show their capability,” he asserted.

Yuli will compete in the men’s 26 kilograms and Wahyuni in women’s 48 kilograms.
Another lifter named only Deni is also expected to get a gold medal in the Games, the country’s weightlifting and body building association has said.

Deni, also known as the “Indonesian strongman” placed first in the Southeast Asian Games which took place in Kuala Lumpur, Malaysia in 2017.
The 18th Asian Games are scheduled to be held in the Indonesian capital of Jakarta and in Palembang, the provincial capital of South Sumatra province from August 18 to September 2. 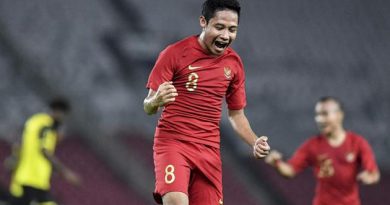