GORILLAZ HAVE ANNOUNCED THE RELEASE OF A NEW ALBUM IN JUNE THROUGH CRYPTIC POSTERS SPOTTED AT A FESTIVAL.

The virtual band fronted by Blur’s Damon Albarn dropped new track ‘Hollywood’ – a collaboration with rapper Snoop Dogg – in March, and now it appears they have a whole album ready.

Eagle-eyed fans at London’s All Points East Festival at the weekend spotted cryptic posters hinting at a link to Gorillaz.

The plain white posters featured cryptic clues in large black letters, and all revealed the URL TheNowNow.TV at the bottom.

Those who followed the direction to the site found an old-fashioned looking animation of the title ‘The Now Now’ and the date June 29 revealed over a vintage-sounding disco beat.

Photographs of the posters have been shared on social media and the site is still live. But as of yet, no official announcement has been made.

The band’s last album ‘Humanz’ was released last year but Albarn revealed on stage in Santiago, Chile that their follow-up would be out “very soon”.

The 50-year-old musician joked: “If you go and tell anyone that we’re putting a new album out very soon then I’ll deny it because I didn’t say that, alright?”

Comic book artist Jamie Hewlett – who created the virtual band alongside Albarn – previously admitted he and the ‘Country House’ hitmaker will probably have a little break from Gorillaz – made up of virtual members 2-D, Murdoc Niccals, Russel Hobbs and Noodle – at the end of next year.

Hewlett also has some different designs in mind ready for Gorillaz’s new LP.

He said: “I’m inventing a new [visual] style for the next album, so that in itself is exciting for me, because you say, ‘Alright, I’ve done that. How do I do it next time and how do I make it different?” 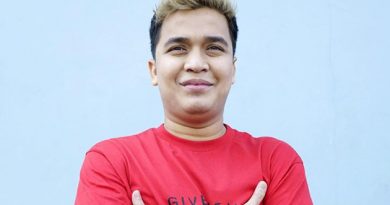