Indonesia’s entertainment and literary scenes were shaken by the announcement of a movie adaptation of Bumi Manusia (This Earth of Mankind) by Pramoedya Ananta Toer. The book is the first of the Buru Quartet series, which holds a sacred place in Indonesia’s literature.

The press conference also announced the production house, director and main casts. The film will be produced and distributed mainly by Falcon Pictures, directed by Hanung Bramantyo, and its main character Minke will be played by boybander-idol-turned-actor Iqbaal Ramadhan.

After the official announcement, some people expressed their disappointment through social media. Some disdain the idea of a film adaptation of one of the most acclaimed literary works of Indonesia, some argue that the film only serves for the sake of profit thus will taint the book’s progressive stance, some are afraid because Falcon is famous for its people-pleaser materials, and some think the casting of Iqbaal doesn’t represent Minke’s characters very much.

I personally think similarly as the latter. I see no damage toward a story and a writer by being adapted in a different medium, and it otherwise benefits them. Book-to-film adaptations are not new. Its been a widely accepted practice in the world of cinema despite all the contra. One of the most famous examples is Victor Hugo’s Les Misérables.

There are numerous adaptations and works in the name of Les Misérables in films, comics, TV program, musicals, concerts, plays, even games and web shows. Some were nominated at prestigious awards such as the Academy Awards and some adaptations didn’t garner warm reception or even get noticed.

However, do these adaptations actually damage Victor Hugo’s reputation as a worldwide acclaimed writer? Not at all. On the contrary, Hugo’s legacy is still going strong even up to this day partly thanks to its pop adaptations. If Les Misérables wasn’t adapted into Hollywood films on 1998 and 2008, it’s with a great possibility that our society would not know the existence of a classic French novel called Les Misérables and a prominent author called Victor Hugo. It also spread the world of French literature as a whole to the world outside French-speaking people.

This situation could also apply to Jane Austen’s, Patricia Highsmith’s, Agatha Christie’s, Alexandre Dumas’, and other prominent writers’ literature works. Who would actually bother to read a classic and thick novel of other countries with old-language style? Even the native speakers mostly read them as part of a high school task.

The main point I would like to say is a book-to-film adaptation brings more good than harm at a contrast rate. While one couldn’t guarantee whether a film would make an acceptable adaptation, the act of adapting a renowned story into a more pop and light medium will serve as an homage to the original work as it relives the original story and the author’s name to a wider audience.

One of the disadvantages of adapting a story is that the adapted story would definitely get more rounded and deeper as the original source. However, it is not a big deal because the original work is not altered as it only got reproduced as a new entity. Even Academy Awards pays note to an adapted story by having an adapted screenplay category. Though some authors may dislike some of their adapted works, they couldn’t deny that the act would gain them an additional awareness from the public.

Therefore, the act of adapting classic novel stories is going to serve more advantages. The original work will get a new wide exposure and its author’s name will be introduced toward the young generation. As for the film itself, they’ve already got an advantage by using an original source that has been known widely on the older generation.

Having our imagination on book destroyed by a tangible interpretation might be quite devastating. Yet the world doesn’t go round only to serve our own interests.

Who would’ve thought the film would make the younger generations curious about a classic story and make them eager to consume the original source? A post on Twitter reported that Bumi Manusia book had been sought after by many young readers in local bookstores – a very good news if I have ever heard one.

Bumi Manusia film-adaptation and other films that derive from classic works would make the literature landscape inclusive of a broader group of people. And that’s indeed a good start. 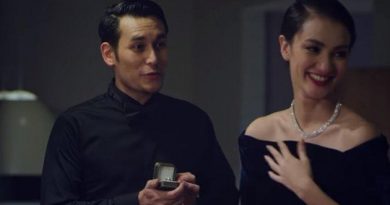 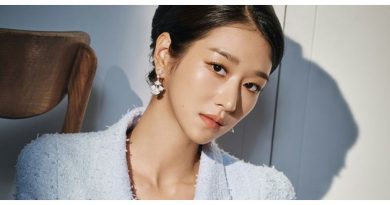