Security cabinet meetings were moved to a bunker in the National Center for Crisis Management in Jerusalem two weeks ago, Israel’s channel 10 news reported.

The decision was made by Prime Minister Benjamin Netanyahu, who recently expressed his frustration with information leaks from the cabinet meeting, particularly prior to his reveal of a cache of information, stolen by the Mossad, on Iran’s nuclear program.

A few hours before Netanyahu reveled the documents and a day after airstrikes in Syria destroyed 200 missiles and killed 11 Iranians, Netanyahu ordered an unscheduled security cabinet meeting to discuss the reveal. Before the presentation, word got out that Netanyahu was to host a presentation on “developments” regarding the Iran nuclear deal.

After the presentation, Netanyahu asked ministers not to speak publicly about the Iran deal.

At the press conference, Netanyahu said Israel had obtained half a ton’s worth of documents related to the Islamic Republic’s nuclear program, consisting of 55,000 pages, another 55,000 files, and 183 CDs. He went on to present images and documents that he said detail a secret nuclear weapons program called Project Amad.

That same day, The Knesset voted in favor of Prime Minister Benjamin Netanyahu’s request to grant him the authority to declare war with only the defense minister’s approval in “extreme situations.” 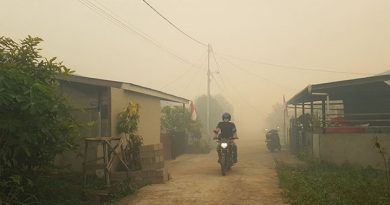