Canada is willing to write Kinder Morgan — or anyone else who steps up to the plate — a cheque to ensure the Trans Mountain pipeline expansion gets built despite British Columbia’s opposition, Finance Minister Bill Morneau said Wednesday.

Morneau said the federal government is willing to compensate the pipeline’s backers for any financial loss due to British Columbia’s attempts to obstruct the company’s Trans Mountain pipeline expansion.

“The indemnification would allow Kinder Morgan to finish what they started, what they received federal and B.C. approval to do,” he said Wednesday morning during a news conference that laid out in broad terms what his government is willing to do to move the project ahead.

Morneau’s statement ​came just hours before Kinder Morgan Canada’s stakeholders met in Calgary, and offers the company an incentive to proceed with the project just weeks ahead of its potential drop-dead date. Kinder Morgan has threatened to abandon the project if a clear path forward isn’t reached by May 31.

“As a government we need to ensure that the rule of law is respected and that investors have the certainty needed to complete the Trans Mountain expansion project, because it’s in the national interest to do so,” Morneau said.

Morneau said that if Kinder Morgan bails on the project, the government would reimburse any financial losses related to B.C.’s political opposition incurred by any other investor willing to take the project on — as long as reimbursement is “sound and fair and beneficial for Canadians.”

Morneau wouldn’t say if there’s a limit to how much the government is willing to spend to compensate the pipeline’s backer.

“This is an exceptional situation,” he told reporters.

It’s also not yet clear if compensation would require new legislation.

“We are still considering all options, both financial and legislative … It’s too early to speculate on the mechanics of any future agreement,” said Morneau’s office.

Wednesday’s news conference was the first detailed update on the government’s efforts to save the controversial pipeline expansion since Prime Minister Justin Trudeau asked Morneau to work with Kinder Morgan to find a path forward.

It was announced late Tuesday night as Morneau consulted with senior officials in the Alberta government. Morneau also spoke with Kinder Morgan CEO Steve Kean by phone to tell him what he would be saying at the press conference.

After the 16-minute meeting of stakeholders in Calgary, Kean said he wouldn’t negotiate in public.

“We appreciate [Morneau’s] recognition that a private company cannot resolve differences between governments,” read a statement from the company.

“We remain steadfast in our previously stated principles: clarity on the path forward, particularly with respect to the ability to construct through British Columbia, and ensuring adequate protection of our KML shareholders.”
Alberta Premier Rachel Notley praised the government’s decision.

“From the beginning, pipeline opponents have sought to exhaust investors into submission by throwing up legal roadblocks. That strategy doesn’t work if the project is backed by the Canadian people,” she told reporters in Edmonton.

Conservative Leader Andrew Scheer, however, was quick to criticize.

“Only Justin Trudeau could take a project that Canadians support, creates thousands of jobs and helps our economy, and put it on taxpayer-funded life support,” he tweeted.

“This is a failure to lead.”

Last month, Kinder Morgan stopped all non-essential spending on its $7.4 billion project over a months-long standoff between the British Columbia and Alberta governments. B.C. has been working to block the pipeline for environmental reasons, over Alberta’s objections.

The expansion would add a second pipeline along Kinder Morgan’s existing pipeline route to carry diluted bitumen from Alberta to the B.C. coast for export on tankers.

The official, who spoke to CBC News on condition of anonymity, said there is “a lot to lose right now.”

Morneau laid most of the blame for the delay at the feet of British Columbia Premier John Horgan, calling his opposition “politically motivated.”

“Premier Horgan’s stated intentions are to do whatever it takes to stop the project, which is unconstitutional in its very purpose,” Morneau said. “These are challenges that frankly put the livelihood of thousands of Canadians and their families at risk.”

The Liberal government signed off on the project back in 2016 while promising to rewrite the country’s environmental assessment process.
Then-B.C. premier Christy Clark gave her consent to the project after her conditions were met, but her Liberal government was toppled by an alliance between Horgan’s NDP and Andrew Weaver’s Green Party.

Speaking to reporters following an event in Vancouver, Horgan fired back at Morneau over his characterization of the dispute.

“I think that is rhetoric and hyperbole on his part. There are fundamental challenges to that project that he well knows,” Horgan said.

Horgan said his government is acting within its right to defend British Columbia’s environment and coast.

B.C. has filed a reference case with the province’s top court to determine if it has jurisdiction to limit expanded shipments of heavy oil through the province.

Meanwhile, B.C.’s Attorney General David Eby wrote to his counterpart in Alberta Wednesday, warning that if Notley’s government uses a newly-passed law to restrict the flow of oil in to B.C., his government would take Alberta to court.

Federal NDP Leader Jagmeet Singh made his thoughts on the pipeline known on Twitter, aligning himself with B.C.’s NDP government and distancing himself from the NDP premier in Alberta.

“Rigged process, First Nations and local communities shut out, oil spill threats, science ignored and now billions on the line. It’s clear this pipeline should not be built,” he tweeted.

“I think Jagmeet Singh is absolutely, fundamentally … incorrect in every element of that tweet,” she said.

Morneau’s update comes as the May 31 deadline draws closer — and less than 24 hours after the prime minister gave an evasive answer on the state of project talks during a visit to Calgary on Tuesday.

“We continue to work very, very hard, both visibly and behind the scenes,” Trudeau said to reporters.

“When we have something to announce, you guys will be the first to know.” 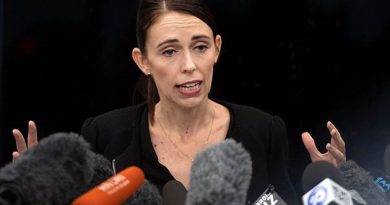 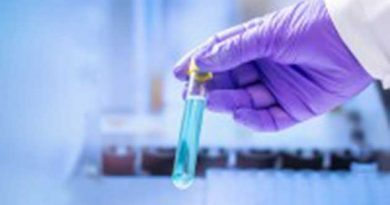