Gareth Southgate will have his full squad available for only one pre‑World Cup friendly, against Costa Rica in Leeds on 7 June, with the England manager determined his players should have a week off after the domestic season.

Southgate submitted a 35-man provisional squad to Fifa on Monday and will make public his 23-man party for the finals on Wednesday. No major surprises are anticipated with Ruben Loftus-Cheek, who played in the November internationals and has recovered from an ankle problem to impress at Crystal Palace, and the uncapped Trent Alexander-Arnold likely to feature. Newcastle’s Jonjo Shelvey is not expected to be involved.

Southgate decided this year that his players should be allowed to go on holiday before the World Cup, a switch in policy from his predecessor, Roy Hodgson, who had requested clubs release members of his squad for a pre‑Euro 2016 training camp on the conclusion of the Premier League season. Players were asked to hand over their passports two years ago to demonstrate their commitment with Hodgson wary some had returned unfit after being permitted to go on family breaks before preparations began for previous tournaments.

Those not involved in the FA Cup or Champions League finals have been allowed to take this week off before gathering at St George’s Park on Monday. The contingent from Chelsea and Manchester United will be granted next week off and Liverpool’s Champions League finalists will not be expected to link up until 4 June, missing the Wembley send‑off against Nigeria and ensuring Southgate will have his full complement of players available only for the game against Costa Rica.

The decision to grant time off has been welcomed. “A week is the perfect time,” said Harry Kane, who has departed with his family for the Bahamas. “You stay in shape and look forward to meeting up and training hard and getting ready for the friendlies. It’s not enough time to lose a lot of fitness but it’s a good time to refresh mentally.

“I’ll spend a bit of time on the beach with the family, chill and I will do a bit in the gym, not too much, and when we meet up we have got plenty of time until the World Cup to get into top shape.

“We go through a lot in the season, with your clubs and countries, so you have got to switch off, maybe for me stay away from everything, leave the phone indoors and just chill and spend time with loved ones.”

The Football Association will also honour individual players’ fitness and recovery programmes with England departing for St Petersburg on 12 June. The staggered nature of the returns will mean Phil Jones, Jesse Lingard, Marcus Rashford and Ashley Young join up on 28 May. It remains to be seen whether Gary Cahill’s late burst of form at Chelsea will earn him a recall but the former vice-captain and Everton’s Michael Keane are far from certain of their inclusion given Southgate may select Jones, John Stones and Harry Maguire as centre-backs, with Kyle Walker and Eric Dier also capable of playing there.

Alexander-Arnold trained with the senior England setup while at St George’s Park with the Under-21s this year and could be picked even with the news positive on Kieran Trippier’s knee injury. Liverpool’s Alex Oxlade‑Chamberlain and Joe Gomez have been ruled out through injury but Southgate has made checks on their club-mate Adam Lallana, whose campaign has been severely interrupted by thigh problems.

The 30-year-old came off the bench for the last 16 minutes against Brighton on Sunday, his first involvement in six weeks, and he made a solitary league start all season. If selected, he could waive his week off and go straight into training with the squad once Liverpool have returned from Kiev.

There had been calls for Shelvey, capped four times, to return to the fold for the first time since September 2015 after some impressive displays as Newcastle secured a top-half finish in the Premier League. Southgate is understood to be less inclined to pick the midfielder with doubts over the 26‑year‑old’s temperament. 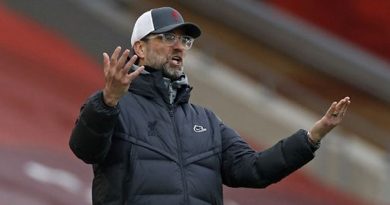