Despite her children’s repeated requests to shut down her Maranatha comic store in Bandung, West Java, Herlina Markus is staying true to her heart, patiently waiting for comic book lovers to discover the legendary wayang comic books that propelled the place to popularity in the 1960s.

It may be hard to imagine that Maranatha was once a giant in the country’s comic industry. Located on Jl. Ibu Inggit Ganarsih in Bandung, the small store is filled with old comics with faded covers.

In some sense, Maranatha is not entirely a comic store. Half of the store is occupied with photocopy machines and stationary products.

“Perhaps children nowadays prefer to watch TV and play with smartphones rather than read our comics,” Herlina said. “And they love Japan’s manga. The kind of comic with giant googly eyes.”

Manga is a world’s apart from the wayang-inspired comics that were published and sold by Herlina and her husband.

Before establishing Maranatha, Markus Hadi had worked as a bookkeeper at a fish canning company and spent his spare time drawing comics and sending them to magazines.

“One time, a publisher asked him to work as a full-time comic artist in Jakarta,” the 81-year-old said. “Om Kus [Markus] was eager to accept the offer but I wanted my children to stay and study in Bandung. At the end, Om Kus declined the offer.”

What seemed to be a missed opportunity turned out to be the start of Maranatha. The owner of Bandung bookstore on Jl. Alkateri, Bandung, had asked Markus to draw and publish his own comics.

“We took the chance, starting with a small number of copies. We were surprised the comics sold out quickly” Herlina said.

The couple opened the publishing house and comic store, Maranatha, in 1961 on Jl. Kopo. It was named after the university in Bandung where Markus studied accounting for two years before dropping out.

“We once made three series of Putri Duyung [Mermaid]. The school children would come to our store and ask when we would publish the next book,” she said about Nanang Durahman’s Putri Duyung comics.

“In the end, we expanded the series into 10 books. Children loved the stories, they even cried because the stories were so sad.”

“A day after we posted the advertisement, dozens of comic artists lined up in front of our store with their works in their hands. Some even said, ‘You don’t have to pay me, please just publish my works so I can become famous,” said Herlina.

But the talent that really put Maranatha in the spotlight was RA Kosasih.

Prior to creating the Mahabaratha comic, RA Kosasih had gained popularity in 1953 for his Sri Asih comic series, a batik-clad superwoman largely inspired by William Marston’s Wonder Woman.

“Pak Kosasih adjusted the Mahabaratha story in line with Indonesian culture. People instantly loved it, perhaps because they were familiar with Mahabaratha, which often played in shadow puppet shows in their villages,” Herlina said.

Maranatha printed 2,000 copies of one comic title that would sell out in a few days. The comics reached towns across West Java, Jakarta, Surabaya, Medan and Palembang.

Markus passed away in 1993, a time when Japan’s manga started eclipsing the popularity of wayang comics. Herlina continues to run Maranatha with substantial adjustments.

The store is now a third of its original size. Herlina has turned the remaining space into shop-houses and leases them to earn a steady income.

Herlina only reprints 2,000 copies of an existing comic title once every six months. As Maranatha has closed its publishing business, Herlina prints her comics at a local publishing house.

Maranatha used to have 17 employees. Now, there are only three employees left to help Herlina run the store.

Herlina realized that her once-celebrated comic store is losing its appeal to the younger generation.

“My grandchild even said, ‘Granny, wayang comics are so confusing!’ It is because they don’t know the characters.”

Herlina acknowledged the need for fresh blood to reinvigorate Maranatha. However, none of her four children or 10 grandchildren are willing to keep the store.

“My children told me to close the store instead,” she said.

“I have one granddaughter who wanted to keep the store. But then she got married and moved to Australia. I believe it is God’s will.”

However, not having any apparent successors does not concern her. Herlina prefers to live in the present rather than worry about the future.

“Om Kus asked me maintain the store […] The bookstore agents keep encouraging me not to cease the business. It’s what has kept me going until now.”

Above all, deep in her heart, Herlina truly believes in the courage and kindness conveyed in wayang comics.

“Bima is an honest man and Yudistira has a pure heart,” she said. “Wayang stories contain morals that help us shape our personality.” 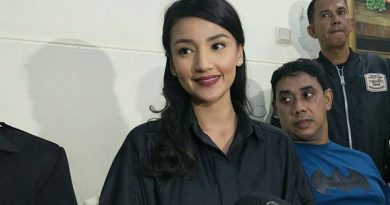 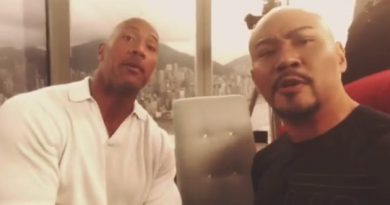