Police Headquarters appealed to the public to not easily trust the circulating photos and video related to the alleged riot between the police and detainees in Mako Brimob, Depok, Tuesday, May 8, night. “Stay calm and not being provoked by the information on social media, let’s filter before we judge that it (photo and video) is true,” said Head of Public Information Bureau Police Headquarters Brigadier General M Iqbal, Wednesday, May 9, morning. Previously, there has been widely circulated the photo and video showing a great riot inside the Mako Brimob.

Even if looking at the photo and video, it appears that the inmates deliberately broadcast the riot through the social media. Iqbal confirmed there was a riot in Mako Brimob on Tuesday night. According to him, until Wednesday morning at 01:00 am, the police were still trying to take action on the detainees who triggered the riot. “There is an allegation that the detainees clashed with some officers, we are currently taking the actions as the police, either soft approaching or other actions,” he said. Although the police are still trying to resolve the incident, according to Iqbal, there were no casualties in the riot. Some police, confirmed by Iqbal, were injured, but not in serious condition. “There were some injuries, either from the officers, but the wounds were not serious,” Iqbal said.

Currently, Iqbal said, police have not been able to explain in detail the chronology or the cause of the incident. But the situation in the prison is still quite conducive. Currently, the police are still implementing tight security at the Mako Brimob. Since Wednesday morning, the officers have installed the barbed wire around the gate. They also asked the civilians including journalists to move away about 100 meters from the location. For information, in Mako Brimob, there is a Detention Center which is a temporary place for the alleged terrorist cases and several other cases, including the case which involved the former Jakarta governor Basuki Tjahaja Purnama alias Ahok. 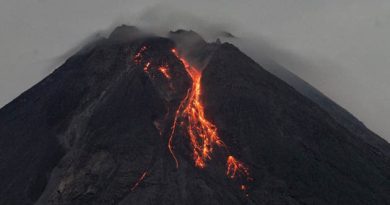