THAKSIN SHINAWATRA, who is widely regarded as the Pheu Thai Party’s patriarch, and its politicians seem to be risking their political lives by playing with a law that prohibits outside influence on political parties.

A group of mostly former Pheu Thai MPs recently met ex-PM Thaksin and his younger sister Yingluck Shinawatra, also a fugitive former prime minister, in Singapore. The politicians said they called on Thaksin due to their “affection” towards him, adding that their visit did not mean he retained his influence over them. “Everyone went because of their love and affection. They just wanted to meet [Thaksin and Yingluck]. It didn’t mean they would allow themselves to be influenced,” said former Pheu Thai MP Worachai Hema.
However, Election Commission (EC) caretaker secretary-general Jarungvith Phumma warned their meeting invited a charge that it violated the Political Parties Act. The law prohibits political parties from allowing outsiders to influence its internal affairs and bars individuals from controlling or dominating the internal affairs of a party. Any individual found guilty risks imprisonment of between five to 10 years, a fine of Bt100,000 to Bt200,000, and a lifetime ban from contesting an election. According to the law, the EC may seek a Constitutional Court order for dissolution of the violating party. Moreover, the law prohibits the dissolved party’s executive members from standing as MPs, running any party or setting up a new party for the rest of their lives The penalties are equivalent to a death sentence for the political life of any politician found guilty. Jarungvith said that a normal meeting was not against the law but that the recent Singapore meeting might draw complaints of a possible violation of the Political Parties Act. “I don’t want to see any political party violate the Political Parties Act. I would like to ask people involved to carefully study the law to prevent any problem that could follow.” He noted that any influence or domination by a non-executive of the party involved could be deemed a violation of the law. Thaksin holds no executive post in Pheu Thai but has retained much influence among its politicians, many of whom refer to him as “Big Boss”. Both Thaksin and Yingluck are living overseas, having escaped prison sentences at home. The Supreme Court’s Criminal Division for Political Office Holders in 2008 sentenced Thaksin in absentia to two years in jail for abuse of power. In September last year, the same court sentenced his sister in absentia to five years’ imprisonment for negligence. The provisions against outsider influence are unprecedented for any Thai law on political parties. Critics say the drafters certainly had Thaksin in mind while conceiving the legislation. At the 2011 general election, Pheu Thai’s dominant slogan was “Thaksin thinks, Pheu Thai does it”. The party’s election victory catapulted Yingluck to the premiership and her government realised the slogan by putting into practice many policies suggested by her brother. Even the controversial bill that would give a blanket amnesty to everyone involved in political disputes was believed to have had Thaksin in the background. The proposed law drew massive street protests and eventually led to a military coup in May 2014 that overthrew the Pheu Thai-led administration. With the tough provisions in the Political Parties Act, Pheu Thai can no longer use Thaksin’s popularity in a bid to woo support from rural voters. Its key figures have attempted to distance the party from Thaksin, while the man himself appears to be careful when talking about his ties with Pheu Thai. During his recent visit to Japan, he predicted “another landslide victory” for Pheu Thai but was quick to add that: “I am not involved with the party. They really don’t want me to get involved.” In fact, party dissolution is not new to Thaksin. Two political parties linked to him – Thai Rak Thai and People Power – were dissolved by court order for violating the law. However, punishments for violators are harsher under the new law. In addition to dissolution of their party, politicians involved also risk lifetime political bans and imprisonment of up to 10 years. 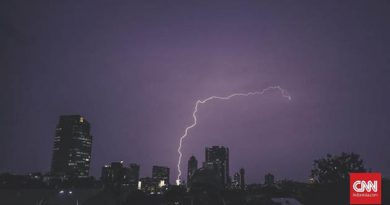