For the first time in the European Grand Prix for Choir Singing’s 30-year history, an Indonesian choir has emerged victorious. Resonanz Children Choir won the grand final of the prestigious competition in Maribor, Slovenia, on April 21, beating stiff competition from all over the world.

“This week has been one of the happiest weeks for me. It has been my dream for so long,” says Avip Priatna, Resonanz’s conductor.

Founded in 2007 by Avip, Resonanz has already tasted success before, winning the “Choir of the World” title at the 2013 Hong Kong International Youth and Children’s Choir Competition.

“I didn’t think we’d win the grand final,” he said. “Before our performance, I told the kids to just have fun and sing their hearts out. Maybe that calmed them down and they were fantastic,” Avip said.

On the night of the finals, Resonanz’s 44 singers, aged between 10 and 17, sang a varied repertoire.

Dani Dumadi, Resonanz’s project manager, said the win was due to the dedication of the young singers, their trainers and parents, who gave the kids their full support.

“The schedule of the competition clashed with the national exams as well, so we had to ask for special permission from the kids’s schools,” Dani said.

The EGP is the “Champions League” of choir competitions. It was set up 30 years ago as the final competition between winning choirs of six separate competitions across Europe: Arezzo in Italy, Debrecen in Hungary, Maribor in Slovenia, Tolosa in Spain, Tours in France and Varna in Bulgaria.

Last year, Resonanz only scored a win in the Tolosa competition.

For their grand final win this year, Resonanz received a diploma, a trophy, a cash prize and an invitation to perform at next year’s Festival des Choeurs at Vaison la Romaine in France – the “European Choir Singing City.”

Previous winners have gone on to bigger and better things. The University of the Philippines Madrigal Singers, for example, were anointed as Filipino Ambassadors of Culture and Goodwill and have performed for many world leaders including former US President Barack Obama.

After leaving Maribor, Resonanz’s next performance will be at an event commemorating 60 years of Indonesian-Japanese friendship on July 23-25 in Tokyo.

Then they will make a triumphant return to Indonesia as part of the “Symphony for the Nation” concert series on Aug. 11 at Gedung Teater Jakarta. 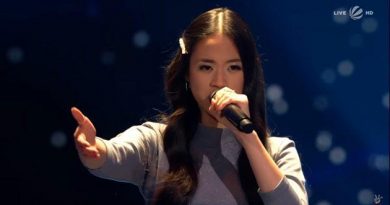