LifeLike Pictures recently released a teaser GIF of the Sinto Gendeng character from the company’s upcoming action movie Wiro Sableng. The GIF shows Sinto Gendeng from behind, with her face unseen.

Actress Ruth Marini told kompas.com on Wednesday that it took her eight hours to transform into Sinto Gendeng. “I had to undergo an eight-hour make-up process for a day of shoot,” she said. In addition, she experienced three phases of Sinto Gendeng’s face; when she was 40, 60 and 80 years old.

“I had to change not only physically but also psychologically,” said Ruth.

The filming location in Ciwidey, West Java, might be seen as a challenge due to its cold climate, but Ruth found that the environment was helpful.

“It was crazy cold there, but when you wear prosthetic makeup, it gets hot. So it was a balance and Sinto is in the right place. Thanks to Ciwidey’s cold climate, I wear the prosthetics comfortably,” Ruth said.

Sinto Gendeng is Wiro Sableng’s teacher who retired from the martial arts world 20 years ago and lives in a hut atop Mount Gede. Her nickname Sinto Gendeng (Crazy Sinto) was derived from her crazy antics. Sinto’s weapons of choice are her hair pin, black rock and the famous Naga Geni 212 axe, which she bequeathed to Wiro Sableng.

Wiro Sableng is an action movie adapted from the hit novel of the same title by Bastian Tito. It will feature Vino G. Bastian, the son of the novelist, as the main protagonist. The movie is slated to premiere at the end of 2018. 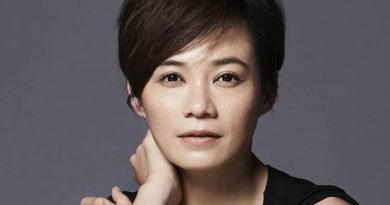 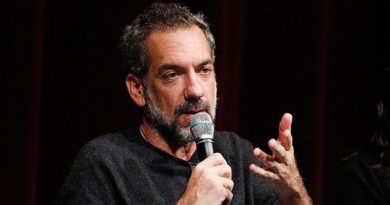