Workers from across Greater Jakarta are set to march around the area of the National Monument (Monas) in Central Jakarta in celebration of May Day.

“Then they will march to the horse statue [Arjuna Wijaya Monument],” Argo said on Thursday, as reported by kompas.com.

Argo said the workers would continue their march to the Office of the Coordinating Human Development and Culture Minister on Jl. Medan Merdeka Barat, Central Jakarta, before entering Monas through the Palace View Park.

Argo said the police had started with preparations for security and traffic measures for the upcoming May Day celebration.

He said the Jakarta Police was in touch with the Banten Police and the West Java Police to estimate how many workers would gather in Jakarta for the May Day rally.

He also advised the workers to use May Day to spend some time with their families.

“We are informing the workers that May 1 is Labor Day, the government’s appreciation of the workers so they can spend time with their families and enjoy some recreation. It is a holiday, after all,” he said. 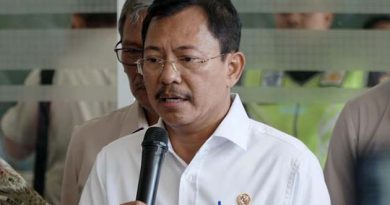