Riding on the success of its short film competition last year, Indonesia’s Supreme Audit Agency is back with its second anti-corruption film festival, the “Festival Film Kawal Harta Negara,” or “Safeguard the Country’s Riches Film Festival” – FFKHN for short – to be held in six cities in Indonesia from April 24 to July 31.

The festival is open for students and young filmmakers to submit their short films for a chance to win Rp 10 million ($720) in first prize.

The festival is co-funded by the United States Agency for International Development (USAID) and aims to raise awareness of BPK’s role in preventing and combating corruption in government institutions.

“We want films that highlight the works of the agency and raise awareness against corruption,” BPK head Moermahadi Soerja Djanegara said in a press conference in Jakarta on Tuesday (24/04).

The festival will also hold screenings of other movies, a talkshow with BPK secretary general Hendar Ristriawan and a citizen journalism and video production workshop.

There will also be a pitching forum for filmmakers to try to win funding, mentoring or editing assistance for new film projects.

Short films submitted for competition in the festival must be produced between April and July this year.

The films need to be “original, inspiring and enduring,” according to organizers.

“We’re not looking for the best [films], we want films with a unique storytelling style and good cinematography,” Moermahadi said.

The festival’s jury will select the best 20 short films from each city and give the filmmakers free exclusive tutorial with industry professionals.

Senior actor and film producer Slamet Rahardjo is confirmed to be one of the jury and more will be announced soon.

“We’ll get the other names by the end of this month,” BPK’s international cooperation head Yudi Ramdhan Budiman said.

Some of the festival’s sessions will be held in schools to encourage students to participate.

The competition winners will be announced on the FFKHN site on July 31.

The winners will also take part in BPK’s anti-corruption campaigns in 2019.

Their short films will be screened on national state television channel TVRI and be included as part of BPK’s social media campaign.

Organizers hope the festival will also help young filmmakers earn a place in the industry.

“We will introduce them to senior filmmakers, editors, producers. Hopefully, they’ll be able to work together in other projects,” Yudi said. 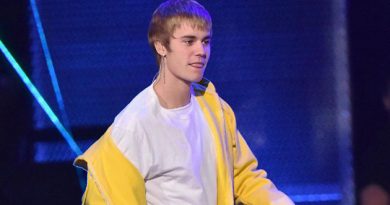