The Grammy-award winning singer, 38, was pictured with her two children, 15-month-old Jameson Moon and Willow Sage, 6, in an issue re-named “The Beautiful Issue,” which included Meghan Markle among more than 70 other female celebrities, and five men.

The annual list used to be called “Most Beautiful Woman” but People editor in chief Jess Cagle said it had been renamed “to make clear that the issue is not a beauty contest.”

It features “beautiful women (and a few men) of all shapes, sizes and colours, and celebrates the most beautiful qualities of all: strength, humanity and artistry,” Cagle added.

Pink, known for her acrobatic live performances, has scored hits like What About Us and Raise Your Glass over a 20-year career.

But People focused on her skills as a parent with husband Carey Hart. “The thing about parenting is you never know if anything you’re doing is working,” she told the magazine. “That’s been the most humbling thing for me.”

Other celebrities on the list included Will & Grace actress Megan Mullally and African-American comedian Issa Rae in the “stars without make-up section.”

Markle, the former Suits actress due to marry Britain’s Prince Harry next month, was included in a section called “beautiful inside and out” along with “Wonder Woman” star Gal Gadot, tennis champion Serena Williams, and the four female stars of superhero movie Black Panther.

#PrinceHarry and #MeghanMarkle are just weeks away from their big day! 👰The couple got a glimpse of their future as they stepped out together to greet young people from around the world. Details in bio link.| 📷: Yui Mok/PA Wire 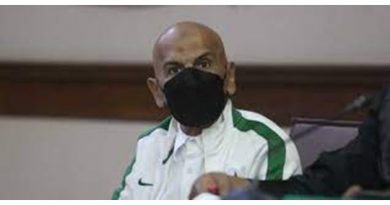