The triple alliance of Russia, Turkey and Iran, now the dominant actors in Syria’s war, is stepping up efforts to impose a peace. It may end up presiding over a partition.

Russian President Vladimir Putin is due to meet his Turkish and Iranian counterparts in Ankara on Wednesday for their latest summit on Syria’s future. The three leaders have buried their sometimes competing interests to cooperate closely since last year. They’ve all scored military gains recently, and they all insist that Syria must emerge from more than seven years of civil war with its territorial integrity intact.

That’s not the reality now, and maybe not anytime soon. President Donald Trump is saying he’d like a pullout soon of the 2,000 U.S. troops in Syria, where they’ve been fighting in the northeast against the now largely defeated Islamic State. But policy makers in Moscow expect the American military presence to continue, prolonging a de facto carve-up of the country.

“If Moscow and Washington agree on how to keep Syria together, it will be a unified state,” said Elena Suponina, a Middle East expert at the Russian Institute for Strategic Affairs, which advises the Kremlin. “If not, the dividing lines will remain.”

Intervention by Russia and Iran turned the tide of the long-running war in President Bashar al-Assad’s favor. The Syrian leader scored a significant coup this week when rebels began to leave their last bastion near the capital, Damascus, after a heavy bombardment that added to the war’s half-million death toll.

Even with the foreign support, Assad is running out of places he can comfortably recapture. Apart from the U.S.-occupied northeast, the largest area to remain outside the control of Damascus is Idlib in the northwest — and that’s now in Turkey’s sphere of influence.

Turkish President Recep Tayyip Erdogan doesn’t share the Russian and Iranian focus on keeping Assad in power. When Erdogan sent his army into that border region of Syria in January, his goal was to push out Kurdish fighters allied with insurgents in his own country.

Erdogan rapidly achieved that goal, and he’s in no hurry to hand over the territory to Assad or anyone else.

It’s not clear whether Turkey, which has cooperated with local rebels including Islamists during its Syrian campaign, can work with Russia and Iran against jihadists in Idlib. The other significant opposition holdout is in the south toward Syria’s border with Israel. An Assad advance there could trigger intervention by the Jewish state, which says it won’t tolerate an Iranian presence nearby.

One thing that does bind together Russia, Iran and Turkey is their shared hostility toward the U.S. deployment in Syria. American troops are protecting the same Kurdish militia that Erdogan is fighting further west, and the area they’re holding includes energy resources that Russia and Iran would like to see restored to Assad.

It’s a high-risk standoff involving the world’s two biggest nuclear powers. In February, U.S. forces killed more than 200 Russian mercenaries who attacked a base near an oil refinery in the American zone. The Kremlin denied any official involvement, and the U.S. was quick to say it accepted that assurance.

And late last month, a phone conversation between army chiefs on both sides was required to head off another potential clash, according to U.S. Defense Secretary Jim Mattis. “Russian elements” got “too close” to the American-backed forces, and fell back only after the call, he told reporters March 27.

Mattis’s boss campaigned on a pledge to stop miring America in foreign wars. Twice in a week, Trump has said he’ll be pulling troops out of Syria soon. But the president has also promised to counter Iran’s regional ambitions — and two incoming members of his foreign-policy team, John Bolton and Mike Pompeo, are well-known hawks on that issue.

In the end, that’s likely to keep at least some American presence in Syria, said Cliff Kupchan, chairman of the Eurasia Group, a New York-based risk consultancy.

“Largely speaking, the Russians and their Iranian partners are going to win,” said Kupchan.

But “if the Americans aren’t in the east, the Iranians will be,” he said. And control of that oil-producing part of Syria gives the U.S. leverage to pursue other goals: pressing Moscow to insist on at least some power-sharing by Assad, and cultivating differences between Russia and Iran. “That logic, in a close call, will prevail over cut-and-run.”

While Russia is calling for American forces to withdraw, it hasn’t sought a complete break with the U.S. In Moscow’s preferred scenario, Assad would regain control of the whole of Syria; his rule would receive international assent through United Nations peace talks; and the wealthy West would chip in to finance reconstruction.

At a White House news conference on Tuesday, Trump said the U.S. has spent more than “$7 trillion in the Middle East over the last 17 years,” a figure he’s repeatedly cited without documentation. “We get nothing — nothing out of it. Nothing,” he said.

Also, while Trump occasionally talks about cooperation with Russia, much of his administration, and almost all of the U.S. political establishment, is fiercely opposed amid continuing investigations into evidence of Russian interference in the 2016 presidential election.

There are multiple obstacles, “and not only on the Syrian front,” to a grand bargain between Washington and Moscow that could end the war, said Suponina, the Russian Mideast expert.

A likelier outcome is that the current division of Syria persists, according to Faysal Itani, an analyst at the Atlantic Council.

It’s already “de-facto partitioned between the regime, the U.S. and Turkey,” he said. “Unless both of the latter leave, or they capture regime-held Syria — which will not happen — then Syria will remain in partition.” 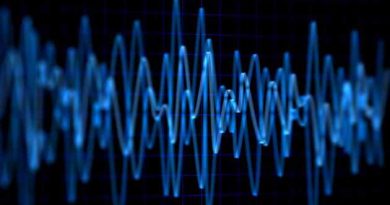