Myanmar’s parliament has elected Win Myint as the country’s next president, a week after the resignation of his predecessor.

Win Myint, a close aide of Aung San Suu Kyi, has been a speaker in the lower house since 2012 and was widely tipped for the top job.

But his role will be essentially ceremonial, with Ms Suu Kyi acting as de facto president.

Parliament then had seven days to choose a successor, and voted from a short-list of the three vice-presidents on Wednesday.

Earlier last week, Win Myint, 66, had been made a vice-president, a further sign he was likely to assume the presidency.

As a long-time member of Ms Suu Kyi’s National League for Democracy, he is seen as a Suu Kyi loyalist.

The other two vice-presidents were Myint Swe, who served as acting president after Htin Kyaw stepped down, and Henry Van Thio.

A statement posted on the presidency’s Facebook page last week said Htin Kyaw, 71, was stepping down to “take a rest”.

No further reason was given, but he is believed to have been suffering from ill health for some time.

Ms Suu Kyi, who was jailed for years under the military junta, is banned from taking the presidency herself.

A clause in the constitution – widely seen as being deliberately designed to keep her from office – states that no-one with children of another nationality can be president. 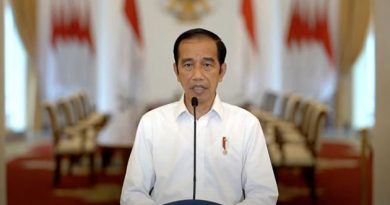