The Vice Dean of the International Institute for Halal Research and Training (INHART) and the Secretary of the Council of Professors at the International Islamic University of Malaysia (IIUM) from Indonesia, Prof. Irwandi Jaswir, has received US$200 thousand from King Salman.

A report from Saudigazette and Jaswir`s statement, received by ANTARA via WhatsApp here on Tuesday, mentioned that the Custodian of the Two Holy Mosque, King Salman, handed over the award to the winners of King Faisal International Prize (KFIP) 2018 in Riyadh on Monday evening (March 26).

Prince Khaled Al-Faisal, the Emir of Makkah, advisers for the Guardians of the Two Holy Mosques, the Chairman of King Faisal Foundation, as well as several other princes, senior government officials, academics, and scientists attended the ceremony held at Prince Sultan Grand Hall of Al-Faisaliah Center.

At the event, the king and other officials watched a documentary featuring the 40-year-old award for the winners.

Prince Khaled remarked that the Saudi Kingdom has been awarding 258 prominent scholars and scientists for 40 years.

Jaswir collaborated with other scientists to develop new methods to quickly detect non-halal substances in food, cosmetics, and other consumptive goods used by Muslims.

Halal refers to what is permissible or lawful in Islamic law, which is applied to food, drinks, and other products.

The tool called portable electronic nose can detect the presence of alcohol and pork fat (porcine-derived fats) in foods and drinks in just a few seconds. 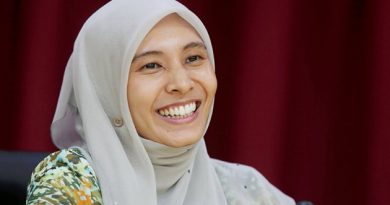